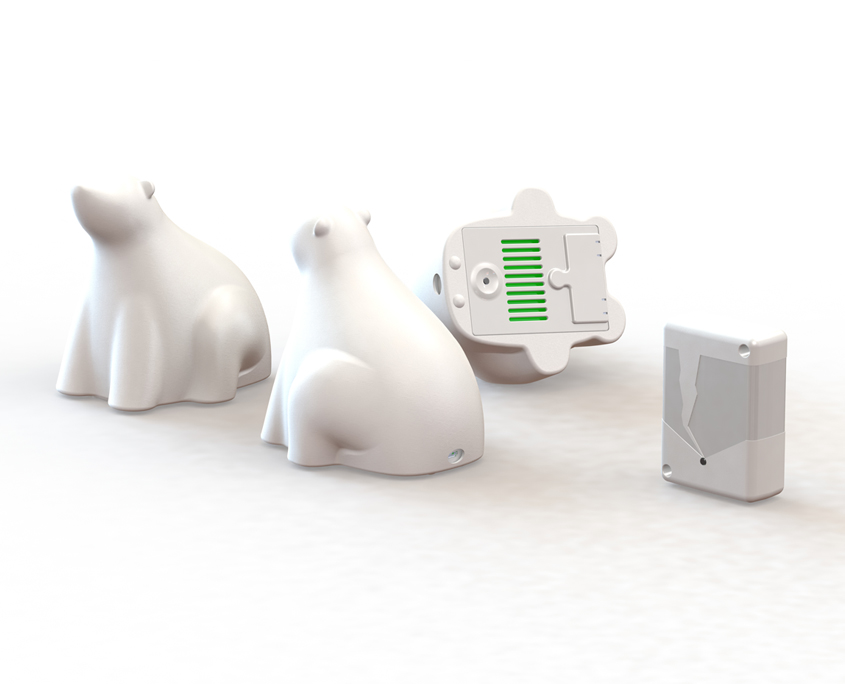 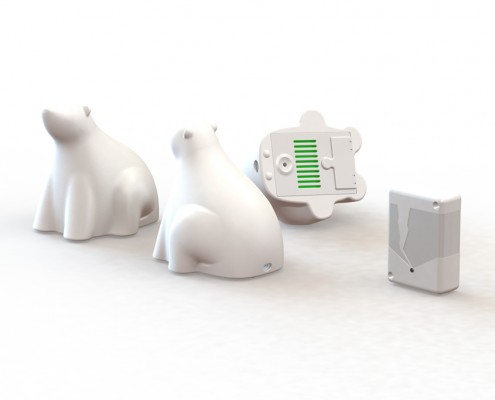 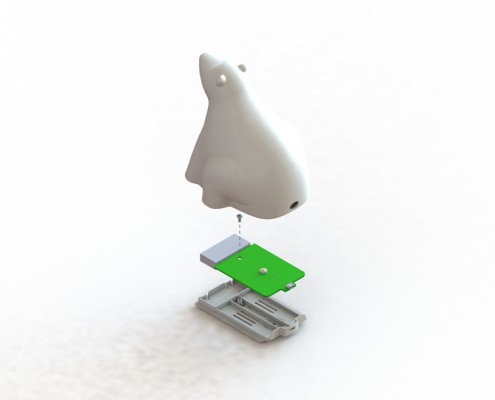 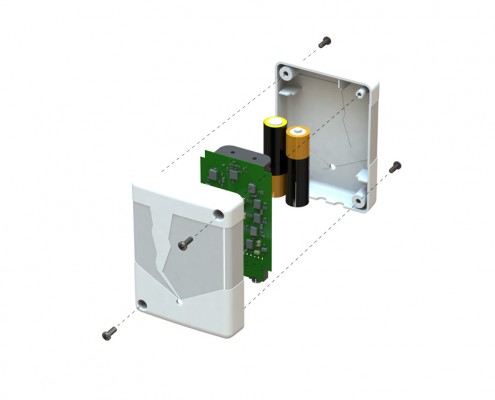 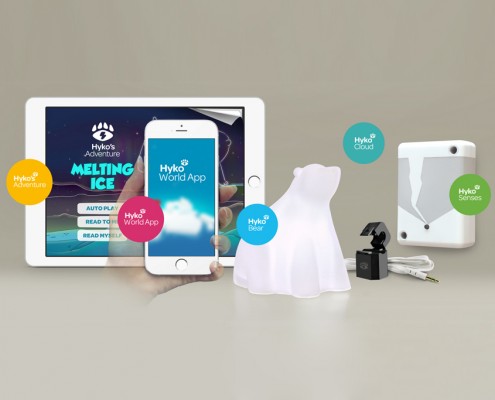 CareToSave asked KOEN&CO to develop cost oriented and in cooperation with the producer the Hyco Bear, a smart electronic enclosure for high-tech electronic components. Thanks to the sophisticated engineering, the LED light is spread clearly and equally through the seamless bear enclosure.
In order to lower the production costs, the Sensesbox enclosure is designed as one shell part, to become the front- as well as the back-side of the housing.
The Sensesbox is equiped with sensors that measure the energy consumption in the house. It communicates the data with the Bear. The LED lighted Bear changes color to give direct feedback to the user. Through an application and games children become more aware of energy consumption in and around the house.
The crowdfunding campaign was a successful to start the production!

Call me back!
Paintkit

Clean and Drybox
Scroll to top